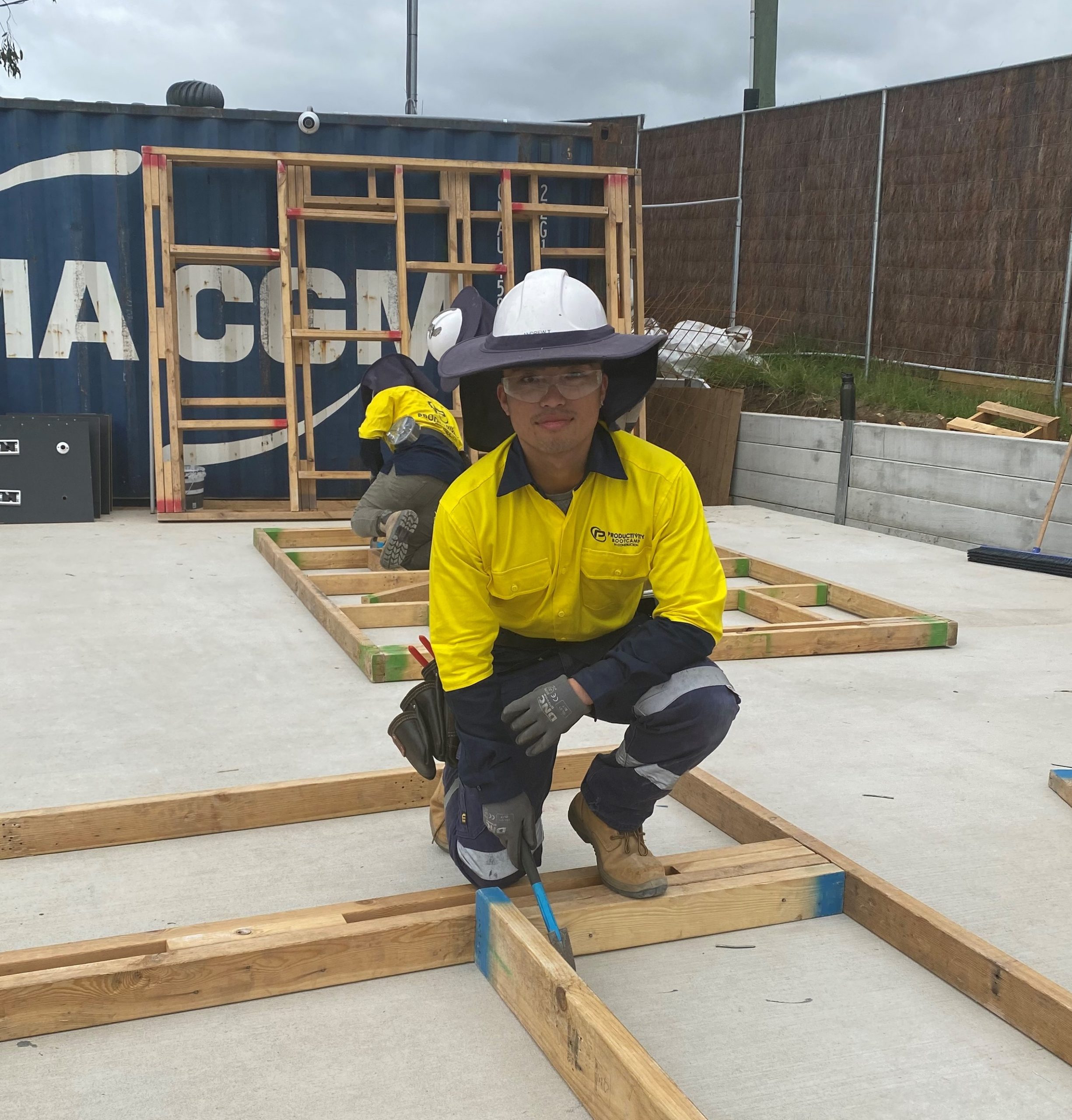 ANDREW Tran, 17, is no stranger to working hard; while studying for his HSC this year he was working before and after school, and in the school holidays, at Woolworths and KFC to help his family with the bills.

He was also very interested in learning a trade, so when his school careers adviser told him about a special Western Sydney pre-apprenticeship bootcamp developed by training and apprentice hire group Productivity Force and its business partner Productivity Bootcamp, he was keen to get started.

Located at the Maryfields Estate in Campbelltown, it’s the third such facility in Sydney. Bootcamps are also held in Penrith and Quakers Hill, with a fourth training centre opening in Nowra on the South Coast in 2021.

Since Productivity Force was established in 2015, 200 young people aged 15 to 30 who have graduated from Productivity Bootcamp have been employed across various trades.

The intensive, 8-week bootcamp is designed to replicate a building site environment. Participants work hands-on as a team – a vital skill on a building site – and they gain new, practical skills across a range of different trades including carpentry, cabinetry, plumbing, electrical, roof tiling, waterproofing, scaffolding, concreting, bricklaying, landscaping and formwork.

“We believe these are Sydney’s – if not Australia’s – most job-ready apprentices. They are physically fit to work on a construction site, are instilled with work values needed to succeed in the industry, and they know what is expected of them once they gain their apprenticeship,” says Kieran Duffy, Executive Director of Productivity Force.

“Our mission is to train, equip and upskill young people through these thorough face-to-face, practical, challenging, fun and hands-on bootcamps.”

Steve Mitchell, Sydney Construction Manager with Rydalmere’s Stowe Australia, which has employed three Productivity Force apprentices and will soon be employing another four, calls the training “second to none”.

“The vetting they do is excellent, as are the values and focus on productivity that Productivity Force instils in their pre-apprentices,” he says.

“What also stands out is that they’re committed to the four-year apprenticeship. They are committed to learning. The Bootcamp really prepares them; it puts these young people ahead of the pack. We employed our first Productivity Force graduate three years ago and his enthusiasm has not wavered in that time.”

For Andrew Tran, the bootcamp gave him the chance to try out various trades and learn essential skills. One of the best things about the experience, he says, was the “supportive environment”.

“The staff and other bootcamp participants are all so friendly and welcoming. It’s like being a part of a family,” says Andrew, who lives in Fairfield. “I like helping people, so working in a team and being part of the process that makes things happen was really rewarding.”

Today Andrew is looking forward to beginning his next chapter as a plumbing apprentice.

The next bootcamp begins in January 2021. For further information go to www.productivitybootcamp.com.au

– JWS Facebook page has over 46,500 fans.
– Value for money compared to more conventional forms of job advertising.
– Many businesses use only us when advertising available jobs.
– It is modern recruitment, giving the employer more control.